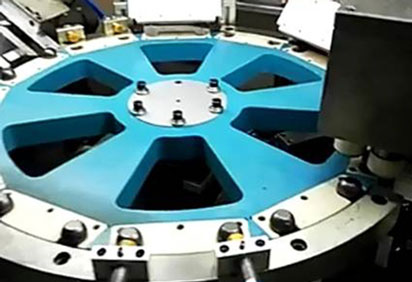 There are two main types of ball studs: one is a combination of a spherical pin and an integral ball seat, and the other is a combination of a hemispherical ball pin and a spherical member. In the past, coil springs were used for preloading and compensating for wear. Nowadays, synthetic resin pellets with elasticity and lubrication are widely used, which reduces the cost and improves the steering stability. In addition, the material and shape of the dust cover, the type of grease, etc. have been greatly improved, the grease nipple has been eliminated, and a maintenance-free structure has been realized. The ball stud is mainly composed of an end cap, a ball pin, a ball seat and a dust cover. Ball studs are widely used in independent suspension systems, and the control arm or thrust rod of the eddy current sorting equipment is often connected to other components through a ball stud at the end. The main function of the ball pin is to achieve the up and down of the wheel and the steering movement.

The ball studs eddy current sorter is a sorting machine with high practical value in industrial applications. As one of the professional manufacturers of vortex separators, BKN Automation will introduce you to this product in this article.