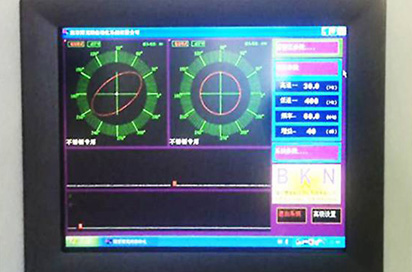 Eddy current weld testing is a non-destructive testing technique for detecting component defects by using the principle that the eddy current induced by the AC electromagnetic coil on the surface of the metal member encounters a defect. The oscillating current is generated in the conductive member by the excitation coil by the principle of electromagnetic induction, and the amount of change in the eddy current is measured by the detecting coil, thereby obtaining information on the component defect.

Eddy current weld testing is a non-destructive testing technique in which an alternating current electromagnetic coil induces eddy currents on the surface of a metal member. It is suitable for the detection of defects in conductive materials, including ferromagnetic and non-ferromagnetic metal materials.

BKNET-01\02 NDT weld testing equipment is used for on-line and off-line inspection of welded pipes. It has high sensitively to axial defects such as unwelded welding, dark spots and open cracks. In the production process, products are caused by welder failure. Slow and long-term injuries can be reliably detected.